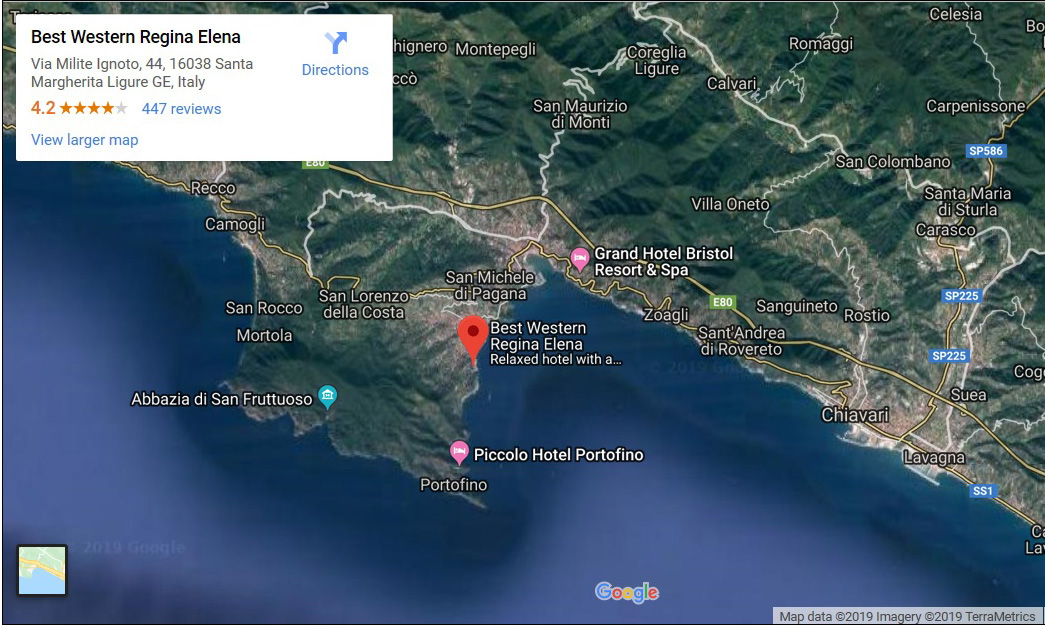 Santa Margherita Ligure is a municipality in the Italian region Liguria, located about 35 kilometers southeast of Genoa, in the area traditionally known as Tigullio. The town is known for Castello di Santa Margherita Ligure, built by the Republic of Genoa in 1550 as a defense against the increasing attacks of North African pirates, as well as for Villa Durazzo - a complex that includes two patrician villas, a 16th-century castle and a 17th-century park.

The information on how to reach the conference venue can be found here. The hotel is located about 35 km away from the Genoa Airport, 150 km from the Pisa Airport and about 220 km from Milan-Malpensa and Milan-Bergamo airports. Santa Margherita Ligure train station is operated by Trenitalia, see here for prices and schedule. The venue can also be reached by car from A12 highway (exit Rapallo).